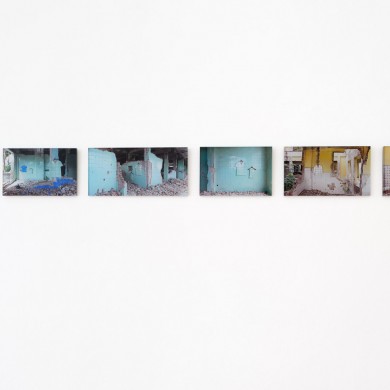 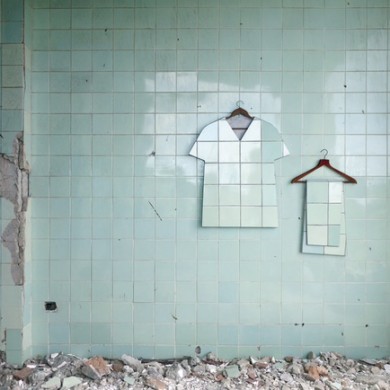 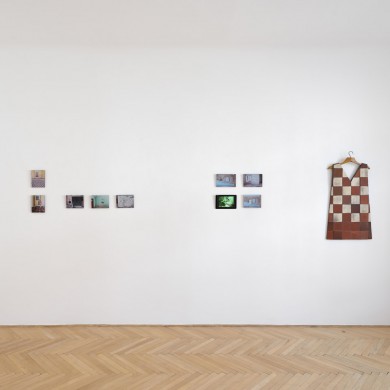 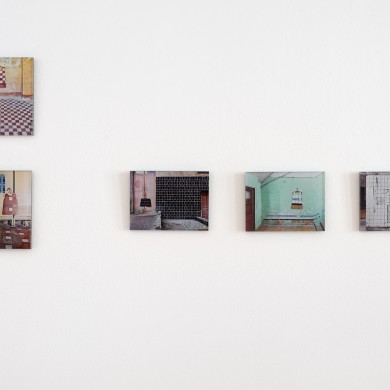 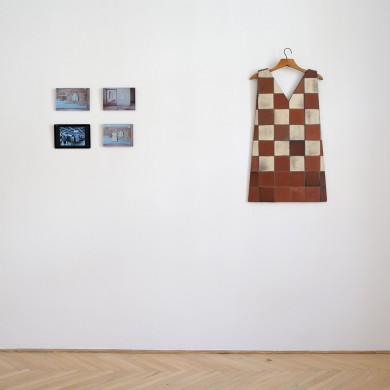 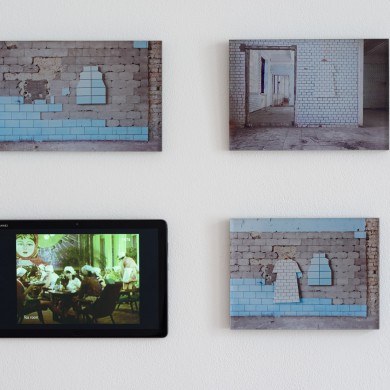 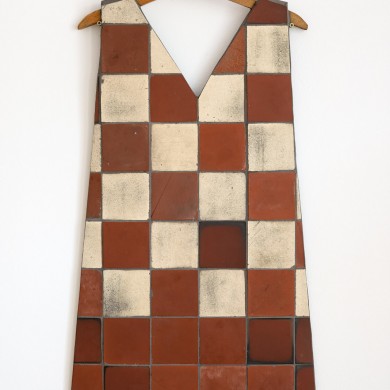 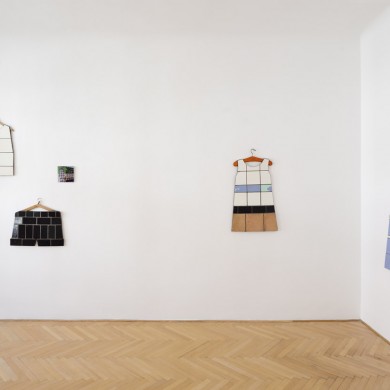 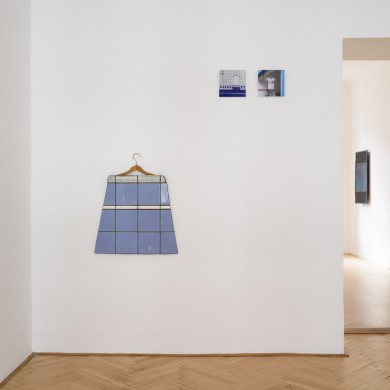 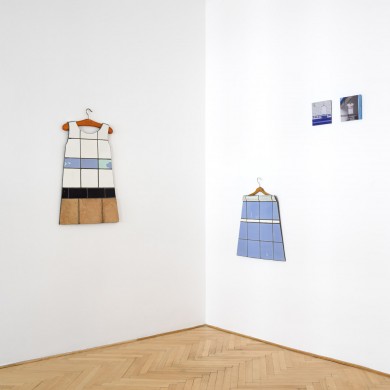 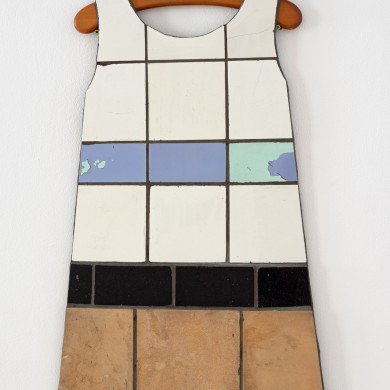 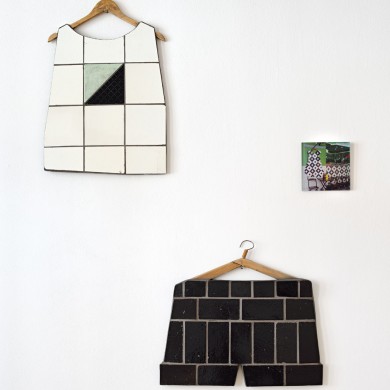 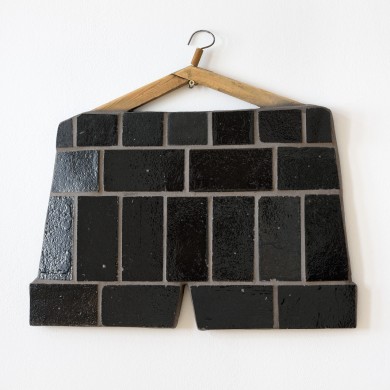 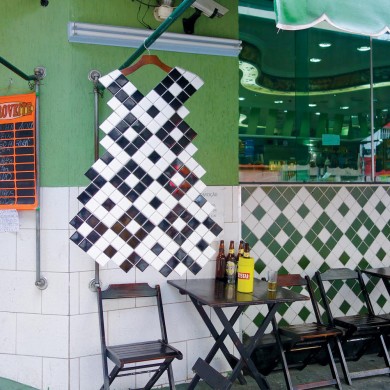 The exhibition features a selection of projects by Zhanna Kadyrova and explores the relationship between architecture and mosaic in Ukraine and other countries. Monumental mosaic panels often decorated the concrete “grey cubes” of socialist housing projects, institutions and factories built from the 1960s to 1980s. Today, this architecture is in decay or transition. Buildings are often abandoned or caught between life and death. They are undergoing all kinds of transformations, restructuring strategies and the pressures of so-called “urban rationalisation”. Paradoxically, mosaic panels or ceramic tiles decorating these buildings display a much stronger physical resistance to the effects of time, the absence of public interest, and lack of renovation and care. To all appearances, they are more durable then the architecture they are supposed to decorate.

This astounding endurance is due to their material – smalt.  It comes from “schmelzen” or “melt”, and stands for opaque glass known to humanity for millennia. Smalt was famously used for mosaics in the Byzantine basilicas and later in orthodox churches as the chief medium for divine spaces and Christian saints. In the late 1950s it was introduced to the Soviet territories and destined to cover grey concrete facades with images of workers, scientists, athletes, cosmonauts, marvels of the industrialisation or wonders of the atomic energy. Kadyrova’s project “Monumental Propaganda” explores this paradoxical encounter between concrete, the foundational stone of modernity – cheap, addictive and polluting – and its “Other” smalt – exclusive, secret, expensive, and indestructible.

In her work, Kadyrova uses both smalt and ceramic tiles, “second hand” material predominantly taken from destroyed or abandoned Soviet factories, or other buildings in “transition”. Her “Second Hand” project invokes two factories: the silk factory “Darnitsa”, and the Kiev Film Copy Factory, which produced film reels to be projected in cinemas of the fifteen republics. Both were typical city-factories of the Soviet era, monsters of modernity, life-as-labor facilities responsible for everything – work and leisure, marriages and burials, food and fun. One produced the currently extinct analog “matter of the XX century”, film stock, while the other over-flooded the country with “artificial silk” – synthetic or cellulose based fabric, of which different varieties served for women’s dresses and cosmonauts wear alike.

The exhibition functions as a space of encounter for these varieties of the “matter of modernity” invoked in the sculptural objects of Zhanna Kadyrova. Film reel, ceramic and synthetic fibres, smalt and concrete build here a frame for Kadyrova’s objects, which resonate as both, memories of matter and modest monuments to transformation. / Elena Sorokina, August 2019

Elena Sorokina is Paris-based curator and art historian, she was curator of the HISK (High Institute of Fine Arts, Belgium) 2017-2018. Between 2015-2017 she was curatorial advisor of documenta 14 in Athens/Kassel. Sorokina is alumna of the Whitney Museum of American Art ISP in New York, previously obtaining her degree in art history from the Friedrich Wilhelm’s University in Bonn, Germany. Her projects include: “Variations on Vulnerability (Slow Compositions Between Six and Midnight)” at BOZAR, Brussels; “Mystic Properties” at Art Brussels; Museum (Science) Fictions at Centre Pompidou, Paris; “Forms of Togetherness (and Separation)” at WIELS, Brussels, and the Academy of the Arts of the World, Cologne; “Spaces of Exception” a special project for the Moscow Biennial; “Agnes Varda. Temps Trituré”, at LVMH Brussels; symposium “What is a postcolonial exhibition?”, a collaborative project of SMBA/Stedelijk Museum Amsterdam and the Stedelijk Museum. She published in numerous catalogs, and has been writing for Artforum, Flash Art, Cabinett Magazine, Manifesta Journal, Moscow Art Magazine, and other publications. Sorokina is a frequent speaker in international conferences and has been invited as lecturer to Centre Pompidou, Paris; Musée Picasso, Paris; Paris Photo; ISCP, New York; HISK, Gent; Garage CCC, Moscow; and other institutions.