In the visual art of Milan Adamčiak (1946-2017) the decisive factors are a profound knowledge of 20th century music, a systematic exploration of the relations between music and visual art, and an interest in the broad spectrum of cultural activities. This musicologist, creator of unconventional musical instruments, visual poetry, graphic scores, objects and installations, developed his authentic artistic programme from the mid-1960s. His intermedia-orientated work characteristically uses minimalist expressive means and shows a capacity for action and improvisation, and also has an open form offering sufficient space for author, performer and listener. Late in 2016 the Zahorian & Van Espen Gallery in Bratislava presented Milan Adamčiak in an exhibition entitled Panphilia, where an emphasis was laid on the relationship of the author and the imaginary (co)-author-performer, in whose ideas the music takes on a concrete visual form. Adamčiak here was exhibiting unrealised projects which existed only in the form of specifications and instructions. The Slovak National Gallery in Bratislava will present this exceptional avant-garde artist in a retrospective exhibition “Adamčiak, begin!” ( 23.3.- 4.6.2017).

Jiří David was born in 1956 in Rumburk. He studied at the AVU in Prague during 1982-87. He has to his credit almost 80 independent exhibitions, including some in Warsaw, New York, Moscow and London. With his Apotheosis project he represented the Czech Republic in 2015 at the Venice Biennale, where he had earlier been a participant in 1991 and 1993. His work has been presented at major reviews of contemporary art in the Art Institute of Chicago, Museé d’Art Moderne de la Ville de Paris, National Centre for Contemporary Arts, Moscow, Martin Gropius Bau in Berlin, and elsewhere. He was curator of the Prague Biennale 1 (2003) and 2 (2005). From 1995 to 2001 he led the Studio of Visual Communication at the Prague AVU, and from 2004 he has led the Studio of Intermedia at the Prague UMPRUM.

The specific art concept of Milan Grygar (1926) springs from his conviction of the bond between sound and image, which he understands as two equivalent components that mutually condition each other. His systematic search for means of capturing the presence of sound and image led this artist to drawing, as an artistic medium of unexpected potential. In the mid-1960s he created the first Acoustic Drawings with untypical objects (a wire comb, etc.), later using mechanical gadgets. An element of chance, though controlled by the artist, also came into play. Grygar captured the performative process of creation in the Acoustic Drawings principally by photographs and sound recordings. In the second half of the 1960s he turned to the production of scores (Coloured Scores, Site Scores, Structural Scores) designed for musical performance. In the Spatial Scores cycle, based on interpenetration of geometrical bodies, he went to the very limits of depiction on surface. Later he expanded their maquettes to a monumental scale. With his Tactual Drawings, produced in the late 1960s, he captured his own thoughts conditioned by sound perception. In the series Sonoplastic Drawings and Linear Scores, developed from the 1970s onwards, he disrupted regular geometrical structures with a multitude of very subtle interventions. In the early 1980s Grygar returned to painting, the subject he had studied at university. The composition of his pictures, monochrome geometrical images cut through by lines of luminescent colours, is nonetheless still defined by musical premises. Since 1996 he has been working on the Antiphon group, a register of sonic events. In the Fait gallery in Brno an independent exhibition of Grygar’s is in progress, entitled Milan Grygar / Light, Sound, Movement. 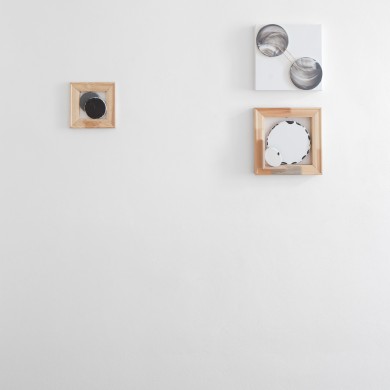 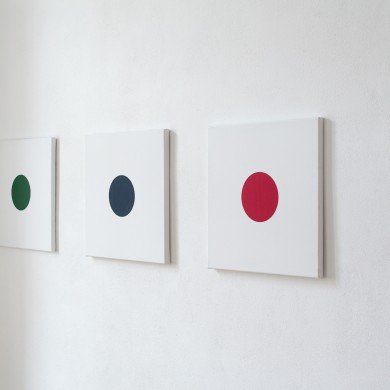 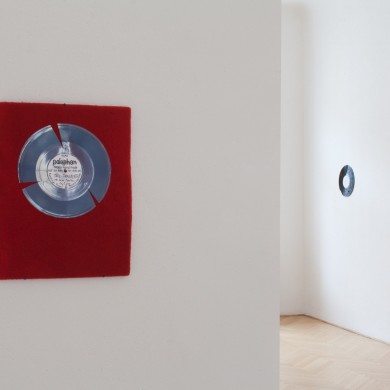 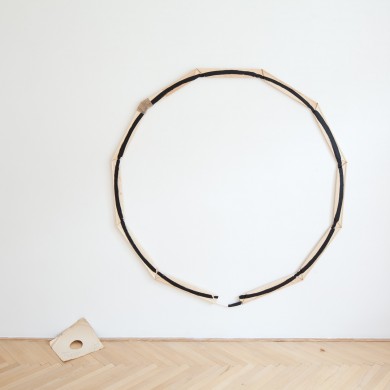 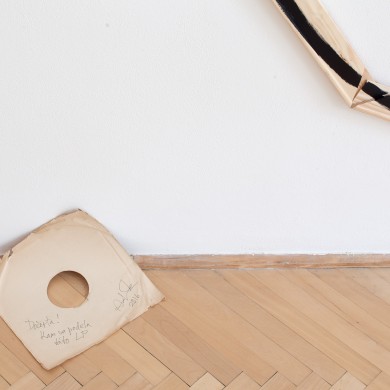 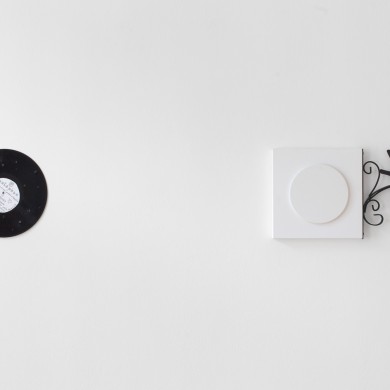 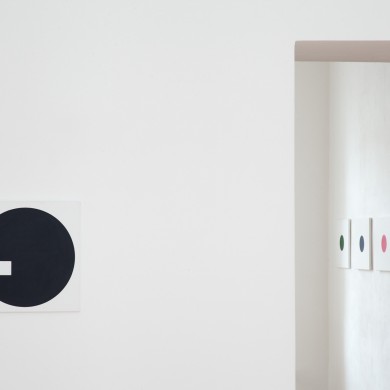