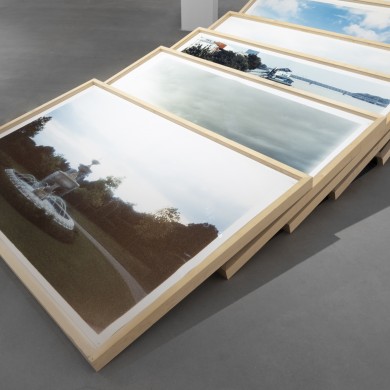 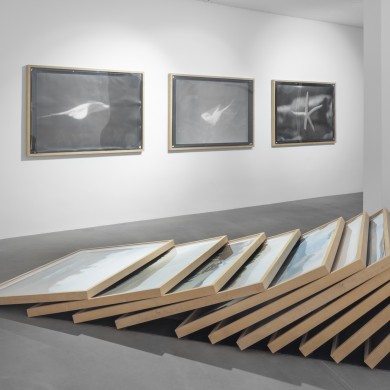 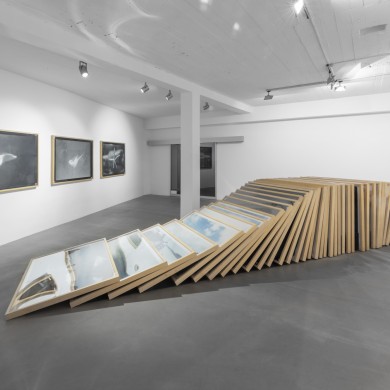 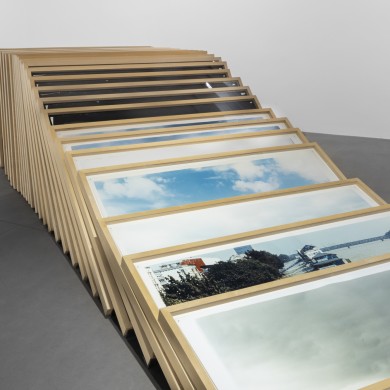 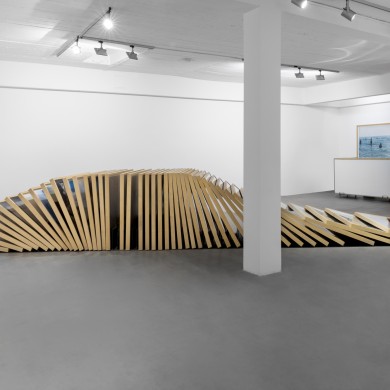 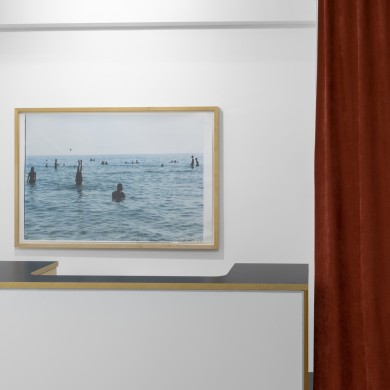 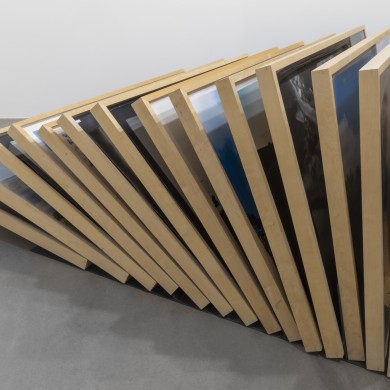 Domain: Water
Tell me about those Antigone’s eyes. Grieving, yet set to see
her intention through.
For a year, the isolation grew.
Only those pages kept her
on track.
Almost as Francesca da Rimini,
but with a lot of Cassandra’s style sentiment. Old those men of the olden days.
Byron, Shelley, Stendhal,
or Winckelmann.
And Italy exists for her,
only when she’s on the road. Foggy depictions, photo-archeology, Archeology of photography. Single-Use Camera,
films pilling up,
brought to life without determination
to track time,
embedded
with painterly qualities.
Lines and shapes hazy,
and shattered by the past.
I mean, don’t be such a Cassandra.
It’s but a wave. Single magnificent wave. And all the romanticism gets sheltered,
in the strictness of a gallery glass,
and pure geometry of the frames.
What cried imperfection,
became absolute.
Its is a storage,
don’t give me that self-indulgent crap about the importance of the archive. These are simple pieces of a stage design, an edifice in ruins. A cloud in formation. Tears dried. Mind in flux preserved.
A wave. A wave you can surf on.
Possibly. Maybe.
www.zahoriangallery.com
And you know what,
it’s like wine,
supposedly,
it gets better with age.
Tell me about those Antigone’s eyes …
“This mood makes itself felt everywhere, politically, socially, and philosophically. We are living in what the Greeks called the καιρóς (Kairos) – the right time – for a “metamorphosis of the gods,” i.e. of the fundamental principles and symbols.’ C. G. Jung, The Undiscovered Self (1958)” / Jen Kratochvil

Petra Feriancová was born in Bratislava, Czechoslovakia in 1977. In 2013, she represented Slovakia and the Czech Republic at the 55th Biennial of Venice In 2011 she was a resident at ISCP, New York, US, and in 2010, she was awarded the Oskar Cepan Prize for young visual artists organised by the FCS Foundation for a Civil Society.
Selected solo exhibitions include:
PHYLUM: PORIFERA, Zahorian Van Espen, Prague, CZ, Breeder, KINGDOM: AVES, Július Koller Society, Bratislava, SK, (both 2021), CUM NATURA, 5th edition of Hydrozoa, Centraleuropean gallery, Banská Bystrica, SK; Ego in habitat, Gilda Lavia, Rome, IT; She Was Unaware of her Borders, HDLU Mestrovic pavilion, Zagreb, HR; Fabvlae, Villa D’Este,Tivoli, IT (all 2020); Lebenswelt, Significant Other, Vienna, AT (2019); Personale, Gilda Lavia, Rome, IT; Klaviatura, Viltin, Budapest, HU; I Am Losing My Beauty Together With My Interest in Beautiful Things, Baril, Cluj, RO; Becoming Animal, Tenderpixel, London, UK (all 2018); Systems, Individuals and Measuring Tools, Bòlit Centre d’Art Contemporani, Girona, SP; Survivals, Relicts, Souvenirs, Apoteka, Dignano, Croatia, HR; An Exhibition on Doubt, MAN_Museo d’Arte Provincia di Nuoro, IT; (all 2016); Vulnerable, Yet Everlasting, Viltin Gallery, OFF Biennale Budapest, HU (2015); Things that Happen, and Things that are Done. On Beginnings and Matter, Fondazione Morra Greco, Naples, IT (2014); Still the Same Place, An Order of Things (with Zbynek Baladrán), Czech and Slovak Pavilion, Venice Biennale, IT (2013); A Study of the Secondary Plan, Dumb, The House Of Arts, Brno, CZ (2012); Postsriptum to Childe Harold’s Pilgrimge, Slovak National Gallery, Bratislava, SK (2011); Theory of a City or the Possibilities of an A4, ISCP, New York, US (2011).