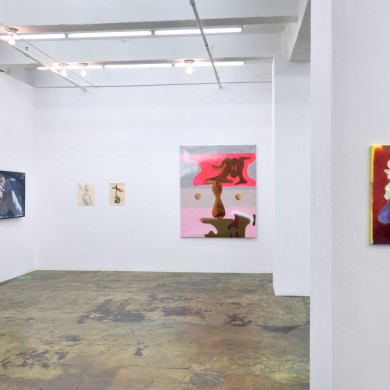 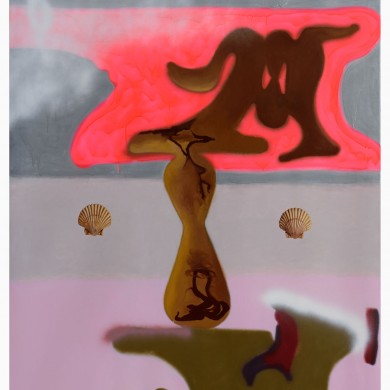 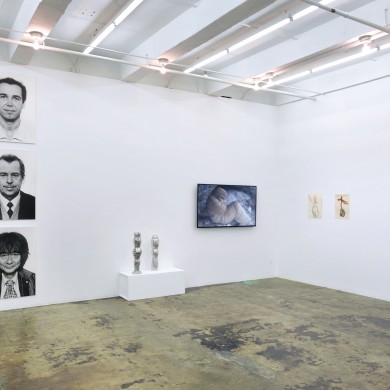 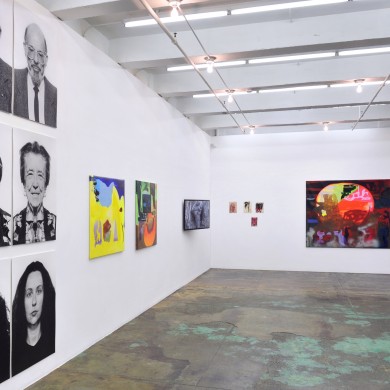 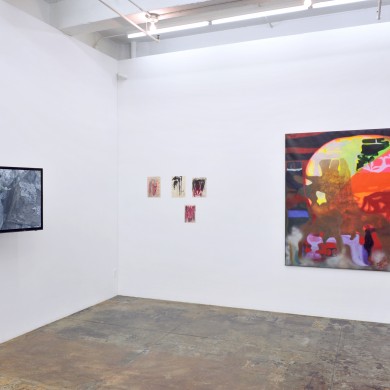 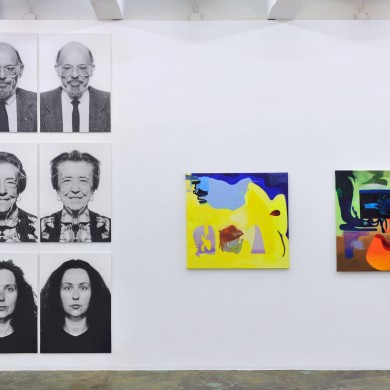 Thomas Erben Gallery is very excited to present Middle European Mysticism, an exhibition featuring Czech and Slovak artists Juraj Bartusz, Jiří David, Viktorie Langer, Štefan Papčo and Jitka Válová, whose work will be on view at the gallery for the first time.

Art production out of Eastern Europe had its moment after the fall of the Berlin Wall, when Western audiences traveled to Prague and other gateway points of the former Soviet Empire, hoping to experience the world behind the Iron Curtain before its inevitable adaption to the prevailing political system. Art from the region was shown widely at international exhibitions, providing a breath of fresh air while being displayed as newly discovered and captured trophies.

Now, thirty years later, contemporary art practices originating in the former East are gaining new confidence and empowerment. Middle European Mysticism proposes a comparison between the work of selected Slovak and Czech artists from different generations, with a focus on the element of mysticism permeating these artists’ works, in media ranging from painting and drawing to photography, sculpture and video.

Jiří David (b. 1956), for instance, contributes examples from his 1990s series of portraits of widely known personalities in the fields of arts, politics and sports. In these photographs – taken in an era before Photoshop – he has split each face along its vertical axis and spliced it into two new, complete portraits with each half now mirroring itself. As these reconstituted portraits are presented as diptychs, our familiarity with the celebrity depicted is destabilized, starkly undermining our conception of photographic representation.

The human figure as a carrier of meaning is also present in the work of the other artists in the show. During her entire lifetime, Jitka Válová (1922-2011) never separated from her sister Květa, both living and working in the same house in Kladno, a small town on the outskirts of Prague. Familiar with the working conditions in the town’s steel mills, the sisters were part of Trasa (The Route), a small group of dissident artists. They opposed the ideological dictum of a positivist social realism, with Jitka developing, through drawing and painting, an abstracted figuration whose elongated, twisted figures can be read either as convulsing under existential pressure or channeling vibrant energy.

Visiting these two sisters for a paper she was writing as a young student, Viktorie Langer (b. 1988) became deeply impressed by their resilience in the face of indifference and ridicule. Langer’s graphically flattened, though multilayered paintings – formally navigating between abstraction and figuration – carry signs, which seen in the context of Válová’s works, are ciphers for the human body, or pictograms of energy flows. The poisonously fluorescent spray paints she often combines with her oils introduce an ecological concern into her paintings, which read as landscapes.

Two aluminum sculptures by Juraj Bartusz (b. 1933) dating from the 1970s, are akin to chess figures: slender and totemic, circular and revolving on their vertical axis. Their metallic, volumetric surfaces reflect their immediate surroundings, lending an appearance of elegance to each piece while simultaneously imparting a de-materialized reading of the sculptural object.

Štefan Papčo (b. 1983), whose practice Elena Sorokina describes with the words “Verticality as Fantastic Occupation”1, creates wooden, life-size sculptural portraits of Czech and Slovak champion climbers, famous during the 1970s and ‘80s, a period shaped by the Warsaw Pact invasion of Czechoslovakia in 1968. Himself a climber, Papčo places these works high in the mountains and documents their exposure to the elements via video feeds, of which Andrej Belica and Igor Koller will be on view. Always depicted resting in bivouacs, his mountaineers appear reflective and meditative, while the temporal aspect connects them to the idea of “escape” – both, a physical and mental vertical flight.

Though visually dissimilar, the work of these five artists share a strain of the unknown – or the unknowable – perhaps a remnant from the not too distant time of repression when many things needed to be left unsaid, a mystical undercurrent tantalizingly lingering just beyond our grasp.