Art is a reflection of the age. Contemporary art mirrors the spirit of the time period NOW. Most of us experience today’s life at a full gallop, as the quantity of information increases from day to day. Likewise, the speed at which the quantity of information increases is itself accelerating. To look back may be perceived as a futile gesture. It takes time, and maybe we don’t have enough of that! Artists mirror the age. Some of them exploit the general ignorance of art history (which dominates this age) as something to hide behind. Such people substitute recycling for innovation. And fortunately there are also those who openly “look back”. They purposefully conduct a personal dialogue with some of the greats of modern art.

Take the year 1918, when Constantin Brancusi (1876-1957) was in his studio creating the Endless Column. Verticality was the sustaining dimension of the work by this sculptor of Romanian origin. For him it had spiritual scope: it depicted elevation towards the sky, heaven, God. The Endless Column, created from rhomboids set one upon the other, may be seen as a pedestal (at the given period the question of the pedestal for the sculpture was a theme of discussion and a point of experiment), which terrestrial energy is driving off into infinite space (the universe). The Endless Column is, according to the author himself, “a project of columns, which when expanded would be able to support the vault of Heaven”.

In 2012 Štefan Papčo (1983, Slovakia) “set” a human figure on the Endless Column (and thereby deformed it): Šmidak / Nickname of Schmidt. Between heaven and earth he placed a man. This man dominates the symbolizing terrestrial energy, as if he were humbling it, taming it. With his interpretation of the Endless Column, Štefan Papčo renders homage to the Czech mountaineer and solo climber Miroslav Šmíd (1952-1993), who died in unclear circumstances when making a solo ascent of the Lost Arrow route in Yosemite National Park. It is thought that he fell shortly before gaining the summit of the mountain, which he was climbing unsecured. On the one hand, we can read Šmidak as a celebration of effort, persistence and determination, which can symbolically bring the human being right to the clouds (the physical essence of the body is an obstacle and at the same time a path towards this sublimity); on the other hand, as a monument to the human effort to tame Nature, which has occasioned more than one fall.

Like Štefan Papčo, Julia Cottin (1981, France) examines the idea of verticality and in/finity in her work. Calage (2012) gives substance to the verb “to hold up”. Wooden wedge blocks form a sequence unlimited, infinite variation. The wedge block, like the pedestal for Brancusi, figures in its primary use only as a support. Constantin Brancusi and Julia Cottin, however, use it as the sole element of the work. The secondary thus becomes primary. For this work the young sculptress chose Douglas fir wood, evergreen and fast-growing conifer. However, she first scorches the wedge blocks made from this tree and only afterwards joins them in the selected form. The “tanned” symbol of the evergreen strongly underlines the author’s exploration of the question of in/finity.

Šmidak / Nick name of Schmidt by Štefan Papčo and Calage by Julie Cottin, both from 2012, are not isolated examples on their part of “communication with the past”. Arena Reload (2009) by Štefan Papčo reflects Donald Judd’s Untitled (1965). Again, Julie Cottin’s Les combinaisons impossibles (2012) evokes Robert Morris’s L-beams (1965). 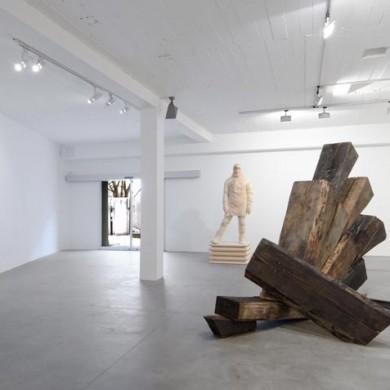 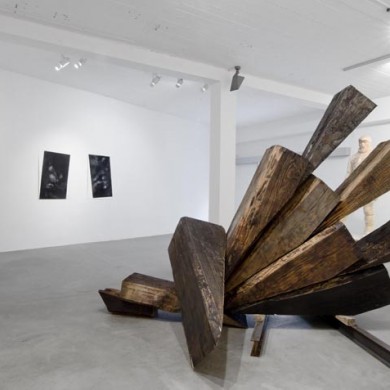 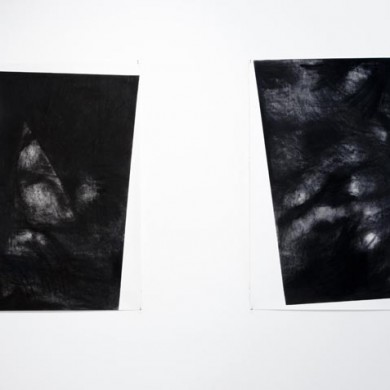 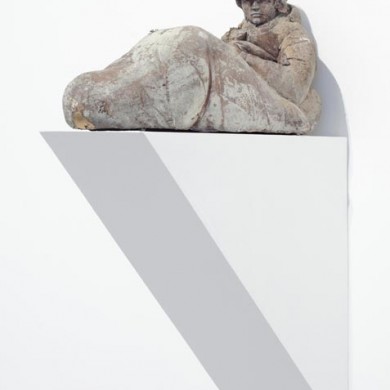 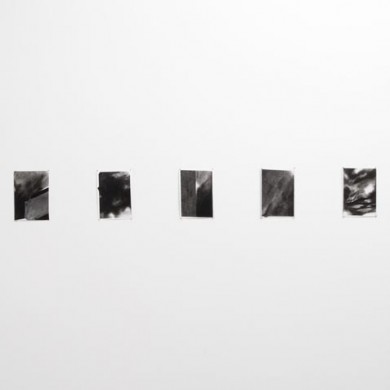 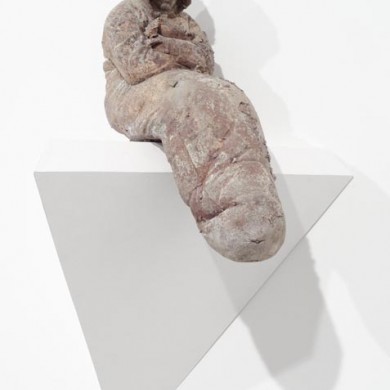 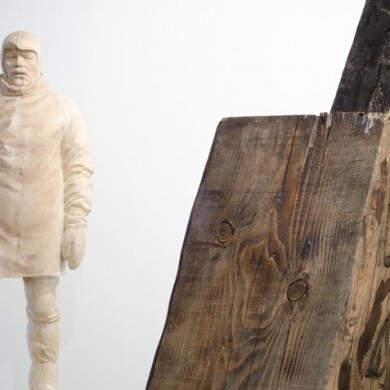 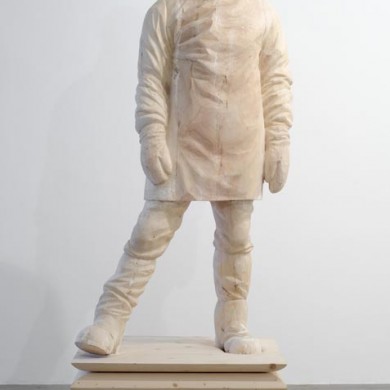